Born in 1915 in Boston, Barbara “Babe” Paley belonged from childhood in a privileged world.

When she appeared in society as debutante in1934 during the Great Depression, her exceptional beauty already made great impression.

In 1938, she began working as a fashion editor for Vogue, the magazine gave her an aura of glamour and she did the same for the magazine. So much so that she soon joined the list of the ten best-dressed women in the world, reaching second place, the top of the podium was usually occupied by another American, the invincible Wallis Simpson, Duchess of Windsor. 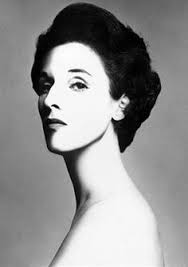 After a first marriage followed by divorce, Babe become Paley became in 1947 by marrying the extremely wealthy president of CBS, William S. Paley, and also became one of writer Truman Capote “swans”.

Although they were very close friends, the writer will be rejected by Babe and her world after the publication of excerpts from his unfinished book “Answered Prayers” in which under very transparent alternative identities, he revealed high society’s unflattering secrets.

Ironically, it is thanks to Truman Capote’s literary legacy and his own legend that Babe Paley is remembered along a few high society “it-girls’ of their time and without him they might have been completely forgotten. He famously said “Babe Paley only had one fault. She was perfect. Otherwise she was perfect.”

With her classic & avant-garde style, Paley fascinated a whole generation of American women who were eager to imitate her. Like Diana Vreeland, she mixed the most luxurious with cheap items and showed a taste for large costume jewellery, a novelty at the time.

One accessory, however, was to be fatal, cigarette. There are very few photographs where the beautiful socialite – shrouded in a cloud of smoke – does not have a cigarette in her hand. Two packs a day was to be the cause of her death when she was barely sixty.